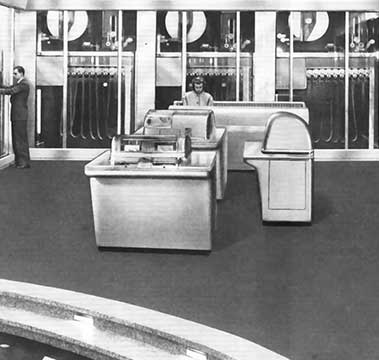 We live in a hectic, demanding world. Overwhelmed with vast amounts of data, inundated by tightening deadlines, confronted by increasingly complex problems. And our use of digital technologies is growing in kind. Researchers at Cisco estimate that there are over 50 billion devices online right now. But more is not necessarily better. Recent studies suggest that for many, burgeoning technology is quickly becoming a pest. Submerging us in irrelevant information, clamoring for our attention to tangential issues, and distracting us from what matters most. It becomes an obstacle to concentrated activity, a drain on productive. And it’s all very stressful.

More and More IT

Increase in average IT engagement time in last 10 years.

Information technology has undoubtedly been the greatest productivity driver over the last 25 years. But there were voices at the very beginning of the IT explosion who were concerned about the paradox in digital technology success and popularity. The broader its dissemination, the more frequently it was used to increase productivity, the more likely it would run up against native human cognitive and psychological capabilities. Technology created without a deep and real understanding of the human beings using it could potentially overwhelm and confuse those users, making them less productive over time. They recognized that it is possible to have too much of a good thing.

Get in touch and let’s see if we click

The Origins of Calm Technology

In 1995, two researchers named Mark Weiser and John Seely Brown coined the term “calm technology” to designate technology that displayed an acute awareness of the human beings using it. Weiser and Brown loved technology and were well aware of its potential. They were, after all, working at Xerox Parc, one of the most legendary of IT organizations. But they submitted that digital technology is most effective when it works in conjunction and in harmony with the organic human beings using it. Human intellectual and emotional structures matter in determining technology efficacy.

The discipline of human-centered computing, usability practices, and the formal study of human-computer interactions are outgrowths of Weiser’s and Brown’s work. More recently, Amber Case has done brilliant work to summarize and advance the ideals of “calm technology” and we recommend her work to all those interested in the specific techniques for achieving a more harmonious digital experience.

KW Works is a fervent advocate of calm technology. It is the single, defining idea behind everything we do. All of our activities and processes are animated by its ideals and principles. We design for people first. We honor the native cognitive and emotional structure of biological human beings. And we strive to amplify the best part of humanity and digital technology. We feel that calm technology is better technology, more intuitive and enjoyable to use, less prone to defects and user errors, more effective in its outcome. It enables heightened productivity and ultimately leads to increased ROI on technology investment. We create software designed to help people face an increasingly complex reality by simplifying problems and removing noise. Software that allows people to focus on that which matters most.